Will Flutter Win Over the Web? 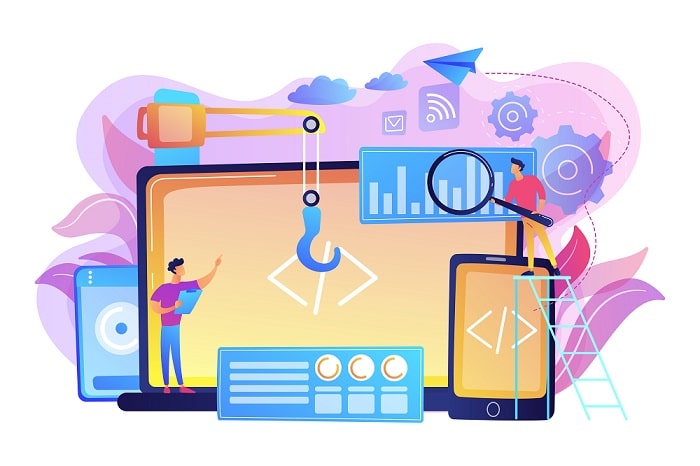 Will Flutter Win Over the Web?

After its first appearance in 2017, Flutter has constantly been making its move towards dominating the mobile application development. You might have probably knowingly or unknowingly used apps made with Flutter. There is no way anyone can skip their way around using a Flutter-built app.

Flutter is Google’s new open-source technology for developing native Android or iOS apps with the same codebase to compete with Facebook’s React Native. Flutter, unlike other solutions, is not a framework rather it is a complete software development kit (SDK) that contains everything that you might need to develop cross-platform applications. Also flutter controls every pixel that is drawn to the screen and doesn’t use HTML, JavaScript, or CSS to define any of its look or logic

One might wonder that Flutter being a tech. to develop mobile apps, how can it even begin to be applied to web let alone win over it and the answer is that Google, as we know, is very ambitious and they rolled out flutter for web so that everything that was available for app development can be made available for web development too.

But why was there a need for something like Flutter when there are so many options available for web development and in a nutshell that is the issue that just to create a simple website you need to learn HTML, JavaScript and CSS, master these three and what not if you want to build a very attractive and responsive website. Documentation, bundling – once the website is developed with everything in place then you need to use a bundler to bundle up your client app and to make sure that it works in their browser; all this extra work takes a toll on developers, that’s where Flutter comes as a relief for the developers.

How is Flutter Web any different?

In Flutter Web firstly there is no HTML required and second everything is dawn on a canvas. It might sound a little bit odd but read further to find out more about it. It makes use of the complete screen as a canvas and creates its own HTML elements that gives it control over every pixel. Whereas in HTML you create a massive document that is too big for the viewport of the user’s device to handle and therefore they end up scrolling through it. For example, you are reading on this page, the document height is bigger than the viewport thus you have to scroll the page to read it.

One Language and you are covered

As mentioned above that in order to develop a native website you must know HTML, JavaScript and CSS which also implies that you cannot use same concepts in CSS or JavaScript as in HTML clearly as HTML is purely a markup language, CSS a styling syntax, and JavaScript is a programming language.

On the other hand, Flutter uses Dart as its language, and all of the application’s look-and-feel and business logic is written in it. Dart comes with static type checking and null safety, so every line of code in your app, whether it is used to describe your app visually, give your app style, or control the business logic of your app, is completely type-safe.

The app layout is much easier

With the traditional way of website development, just to display data from some other source (database, API etc) one will have to use Angular to first fetch it and display it on the page, and to make it ordered and presentable CSS will be required.

Whereas with Flutter you can quickly get the visual layout that you want, even before you move on to styling the individual items in the list. Meaning that as soon as the data is there that you want to use it does the job of laying it out neatly.

Unlike HTML, Flutter does not believe in creating massive documentations and makes use of the entire screen as it canvas which gives developers control over the look and feel which they desire. Just that rendering every pixel to the screen might take a performance hit if the GPU is not that strong but in today’s time, everyone carries around a decent GPU packed device.

To conclude, there are certain factors where Flutter needs work for it to be considered as a mainstream kit to develop websites. But when you think of it Flutter only really came out in the last two years, and the performance and feature set that it already has is nothing short of incredible.

With all the positives of Flutter like attractive and intuitive webpages, amazing animations still it is still a long journey for it to win over the web because there is a lot more to the web than stylish webpages and beautiful animations like server-side rendering so that the webpages can be picked up quickly for any kind of SEO to be done, drawing everything to the canvas also has its performance implications like being GPU performance-centric which will take a hit if you are not carrying a good powerhouse with you.

So if Flutter was to win over the web it should at least possess the power to build a performing web app which can be developed using one language to design, style, and write the business logic, server-side rending to take the benefit of SEO’s goodness that is there in traditional HTML based web apps.