Advantages and disadvantages of ReactJS 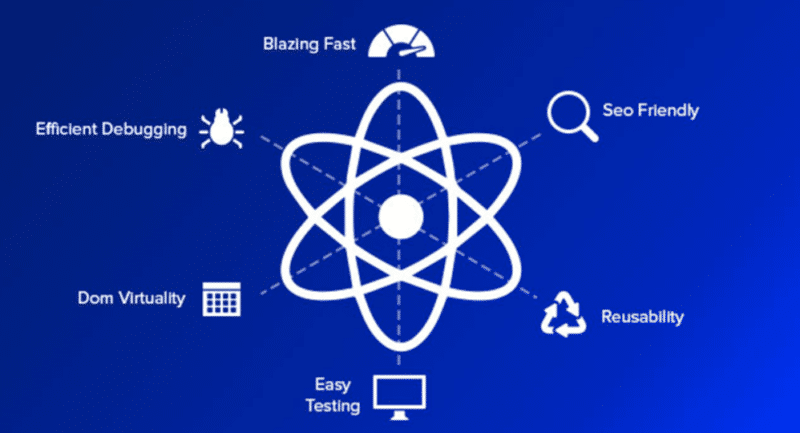 Advantages and disadvantages of ReactJS

We all are living and breathing in an era of technological advancements and developments, from Tesla, SpaceX to Facebook, Instagram, TikTok, Twitter etc. everything is so technologically driven that in coming times with technologies like ML, AI, IoT we’ll see it around us even more. Now you may wonder if you’ve not been living under a rock that how are these applications like Instagram, Twitter made, what goes behind to making them so responsive and agile.

Here comes our beloved ReactJS, it is a JavaScript library, hence the postfix ‘JS’ developed and maintained by Facebook. React JS combines the speed of JavaScript and a new ‘Facebook’ way of rendering pages that makes them highly dynamic and responsive.

Facebook had to come up with React as they were themselves facing major problems with user experience as they had to build a dynamic UI with high performance. And to achieve this task Facebook was optimizing its development process and that’s when came Jordan Walke as their knight in the shining armour and rest is history.

Now instead of boring you with the history class, let’s begin with the spicy bits of pros and cons. *drum-roll*

Easy doesn’t mean you can jump the right away and become a React developer overnight, you must possess fundamental knowledge of programming concepts and Java Script to begin with.

A blessing for poor designers that Facebook had to bring into React, if it was not for this perk, designers would have to design and draw logos every time.

But reusing components in programming can turn out to be a tedious task as it can fiddle with the working of other components.

But smart Facebook boys designed React in such a way that all its components are independent of each other and changes in one does not affect the others.

This speed comes because of the virtual document object model that React uses, it is a logical structure of documents in HTML, XHTML, XML formats. Basically in the form of a tree, it is a viewing agreement on data inputs and outputs.

Without getting into too many technical details and making it intimidating for you, in the simplest manner virtual DOM is very fast in handling the changes made by the developers as compared to the real traditional DOM.

As mentioned above that React uses the speed of JavaScript and is efficient thus making good looking professional websites load faster which gets brownie points when we consider how important it is for SEO, as a better-optimized website ranks higher which in turn gets more engagements and revenue follows it.

React team is so busy in staying the top by releasing new tools and updates constantly that they don’t have any time to write proper instructions because of which poor developers struggle with integrating these tools with ReactJS. To overcome this plight, developers write their own instructions for the tools that use in projects.

It looks like Facebook just wants to stay ahead of the game ignoring the fact that they should first improve React which developers love but it is clear that Facebook has turned a blind eye towards them as with these frequent changes made to React, developers have to constantly learn and come up with new ways of doing things again and again. Everything is evolving, and some developers are not comfortable with keeping up with such a pace.